The Colosseum is the most visited and surely the most popular monument in Rome, in the whole of Italy in fact. It is the icon of the ancient Roman Empire and of the modern city today, much like the Eiffel tower in Paris. In its day, it was a symbol of prestige and the power, might and (savagery) of the ancient Romans. 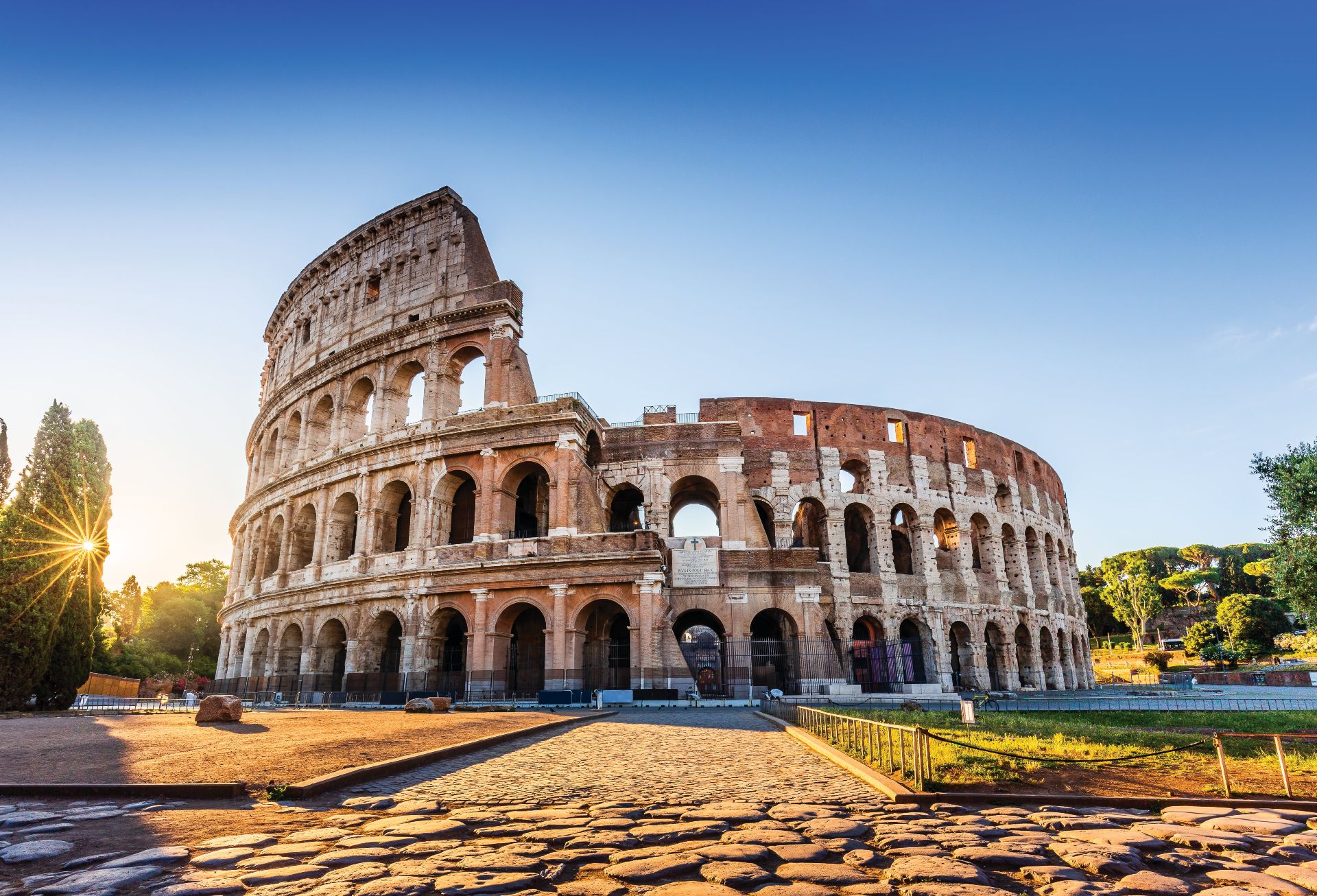 The ‘Flavian Amphitheater’ as it was known, was commissioned by the Emperor Vespasian in 70 AD from the spoils of the ‘siege of Jerusalem’. Vespasian became emperor after the death of Nero and the disastrous ‘year of the four emperors’, he assured his family’s success by founding the Flavian dynasty and by building the first permanent amphitheater in the Capital. The colosseum (as we call it today) is a nickname from the middle ages referring to a colossal statue of Nero that once stood next to the amphitheatre.

The Colosseum was built over part of Nero’s enormous party palace, the Domus Aurea. A huge artificial lake was destroyed to make space for the project, effectively erasing the memory of Vespasian’s renowned predecessor Nero.

From lake to stadium, the colosseum took only ten years to build and opened in 80AD. Vespasian never saw the amphitheatre completed, he died a year before its inauguration. His eldest son Titus, now the emperor, held 100 days of games to celebrate its opening in which thousands of men and animals died.

When it opened the colosseum was much simpler than what we see today, with a solid arena and animal cages around the outside and fewer seats. Domitian, Titus’ brother who became emperor a few years later, added two more levels of seating and created the complicated system of 28 lifts and pulleys beneath the arena known as the colosseum underground today. 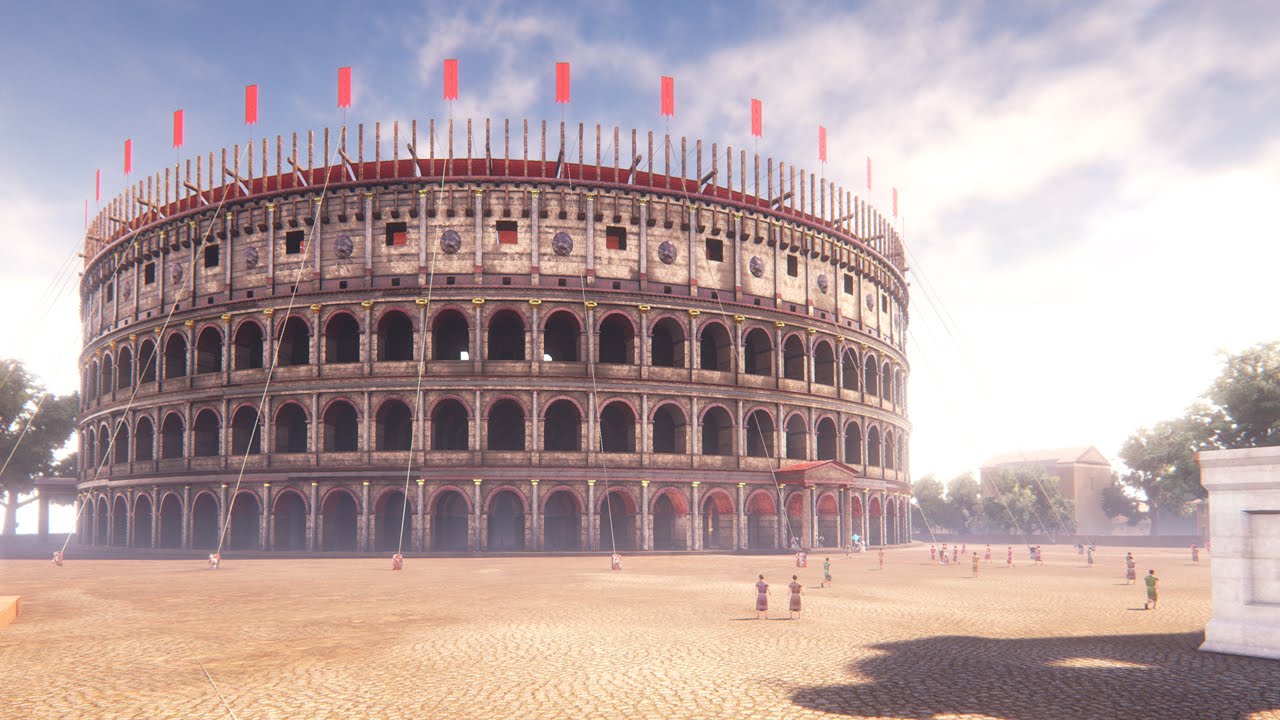 The Colosseum was the largest amphitheatre of the Roman world. What remains, still looms almost 50m (160ft) above our heads. Time and looting has taken its toll and roughly two thirds of the building survive today, the huge double theatre measured 188m (615ft) x 157m (510ft). It is very similar to our sports stadiums today: A central arena, surrounded by terraces for seating, on the outside is the facade of travertine arches.

The oval arena which hosted animal hunts, executions and gladiator fights, no longer exists today. It was an enormous wooden platform 87 m (287 ft) long and 54m (180 ft) wide, originally covered in sand. Seating for spectators was arranged in tiers, eventually there were five levels of seating that could hold as many as 85,000 spectators arranged according to social status. Senators, politicians and the elite sat at the front on marble seats, followed by stone seats and finally at the top level there were steep wooden bleachers for the lowest level of society. 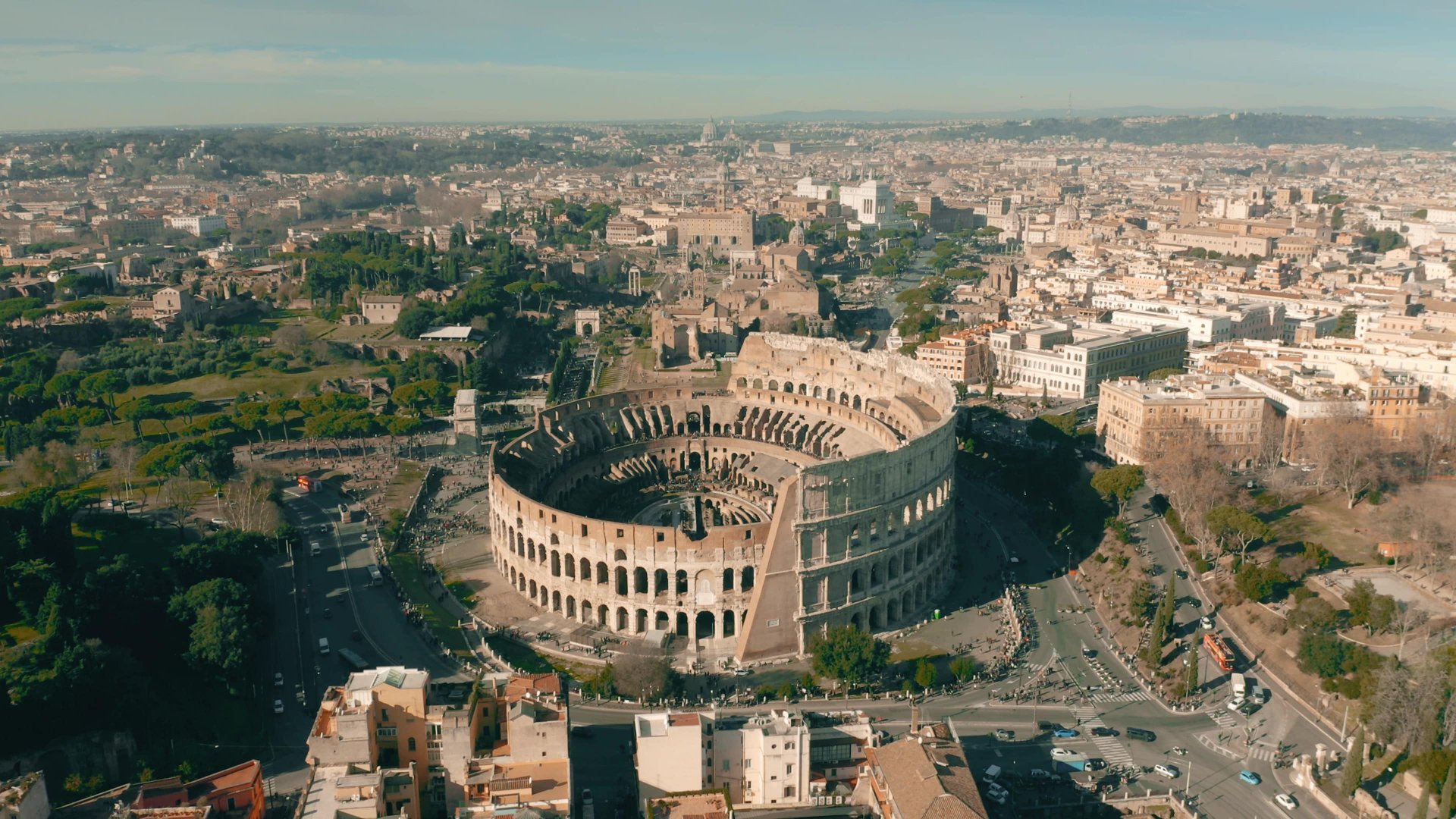 What is there to see?

Inside the Colosseum, there are three levels currently open to the public (the top level is closed for restoration).

Visitors enter through the ancient arches on the ground floor level of the colosseum, from here you can see into the underground section which was once covered by the arena.

On the first floor there is a permanent exhibition which traces the history of the monument. Visitors shouldn’t miss the large wooden model of the amphitheatre, which gives an idea of the building when it was complete, particularly the different levels of seating which have to be imagined today. There is a display of graffiti found scratched into the seating by the spectators which shows gladiators and the animal hunters. The remains of food found in the sewer system show us what the spectators were eating, including chicken and larger animal bones, assorted shellfish and the husks of nuts and seeds of fruit (apples, cherries, grapes) and olives, including some plates and glassware. The colosseum also hosts temporary exhibitions related to ancient Rome. 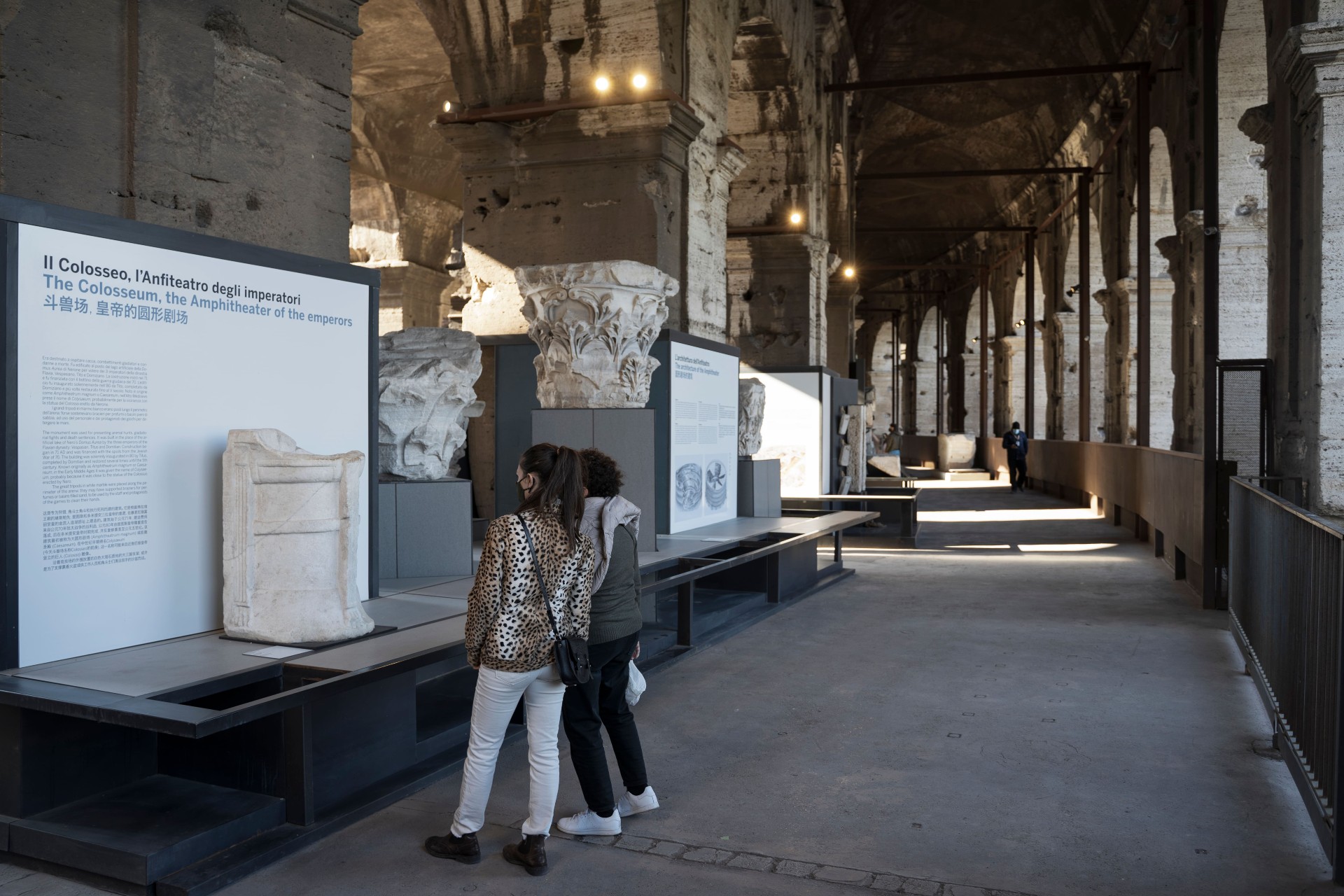 The colosseum also has some great views of the surrounding area. From the outside ring (first floor) looking behind the colosseum, visitors can see into the Ludus Magnus - the largest gladiatorial training arena that was connected to the colosseum by a secret underground passage. There are also stunning views over the Arch of Constantine and the remains of the Temple of Venus and Roma between the colosseum and the Roman Forum. 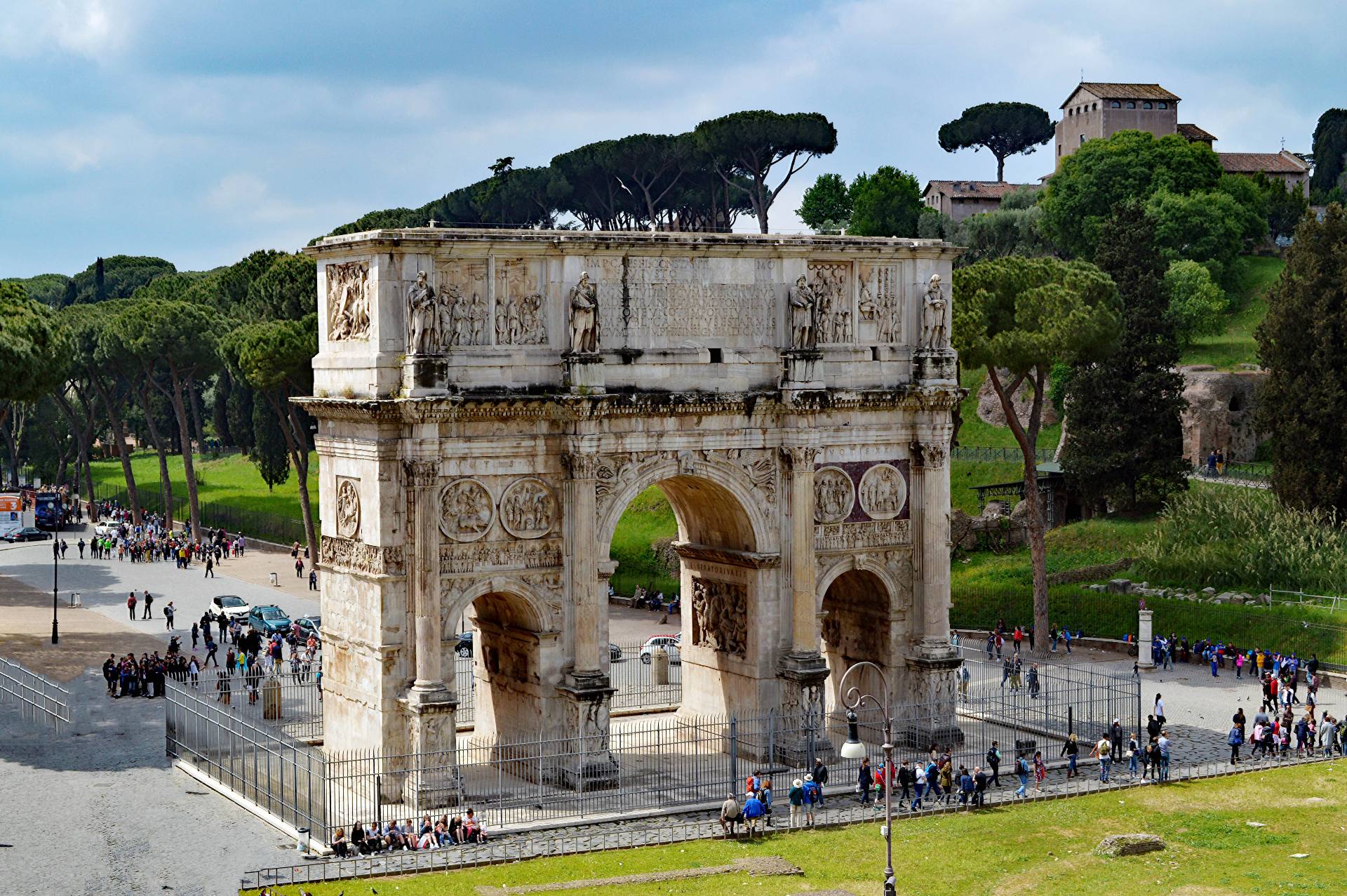 The colosseum is a must-see for visitors to Rome and is often crowded in the summer months with long lines, we suggest buying skip-the-line tickets which have a timed entrance. Tickets to the colosseum include access to the Roman Forum and Palatine hill which were the centre of ancient Rome. Taking a guided tour is recommended to get the most of your experience. Many tours include the colosseum and the Roman Forum and Palatine HIll for an all inclusive ‘Ancient Rome’ experience. 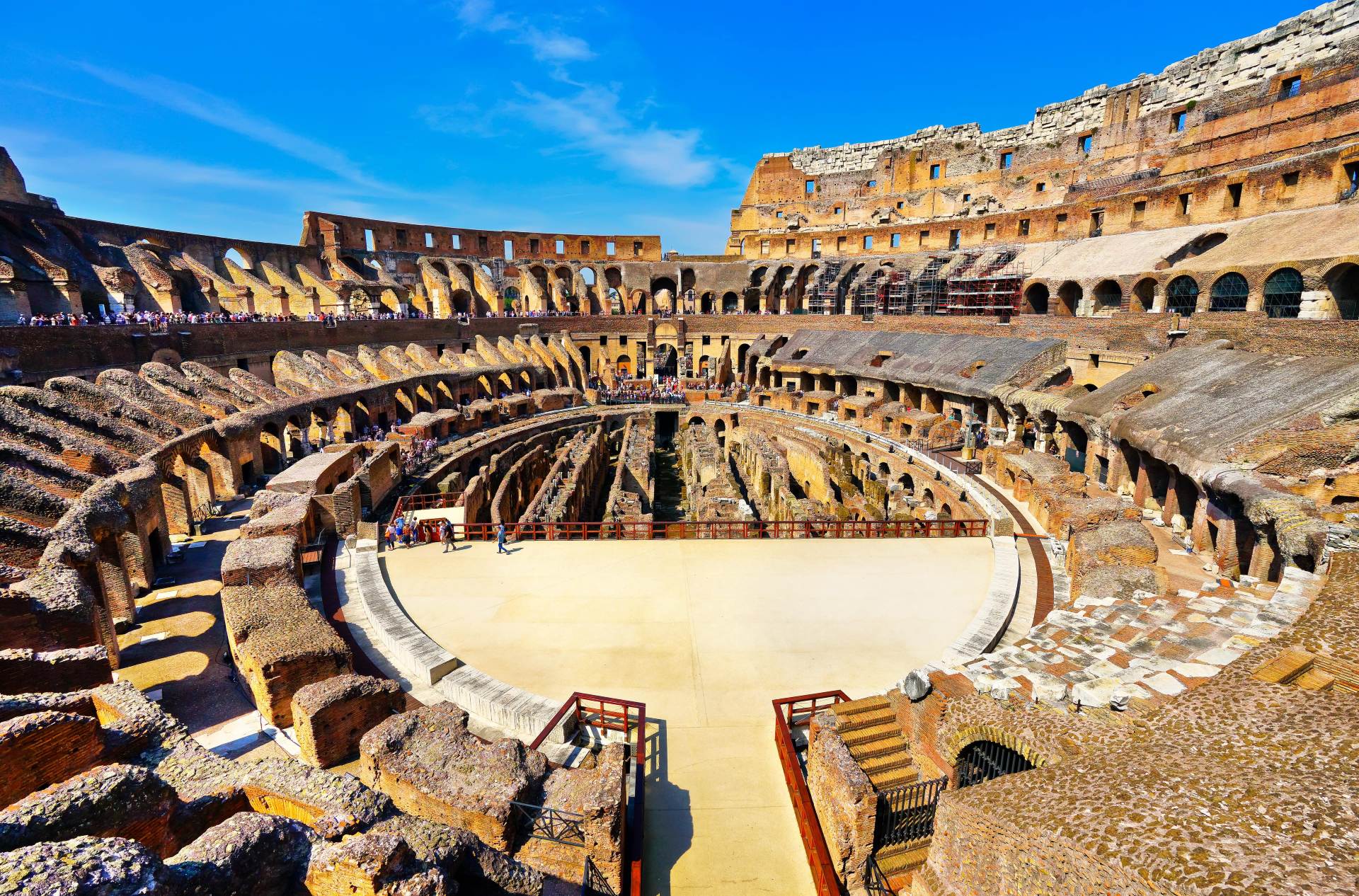